One of the features in The First Age app that probably needs explaining is how Middle-earth locations are overlaid with places in the real world. What’s that all about?

JRR Tolkien was known to have compared the location of Hobbiton in The Lord of the Rings to the location of Oxford in the real world. In a map found in 2015 which was annotated by Tolkien and illustrator Pauline Baynes, the author specifically places Hobbiton at the latitude of Oxford and then infers that its longitude is the same as well. He also mentioned the fact in one of his letters, placing Minas Tirith at roughly the same latitude as Florence.

Once we’ve established the latitude/longitude of Hobbiton = Oxford, if you then ensure that the location of Hobbiton in The First Age map exactly overlays the position of Oxford in the underlying world map (which sits underneath The First Age without you seeing it), then everything else falls into relative position as if by magic. 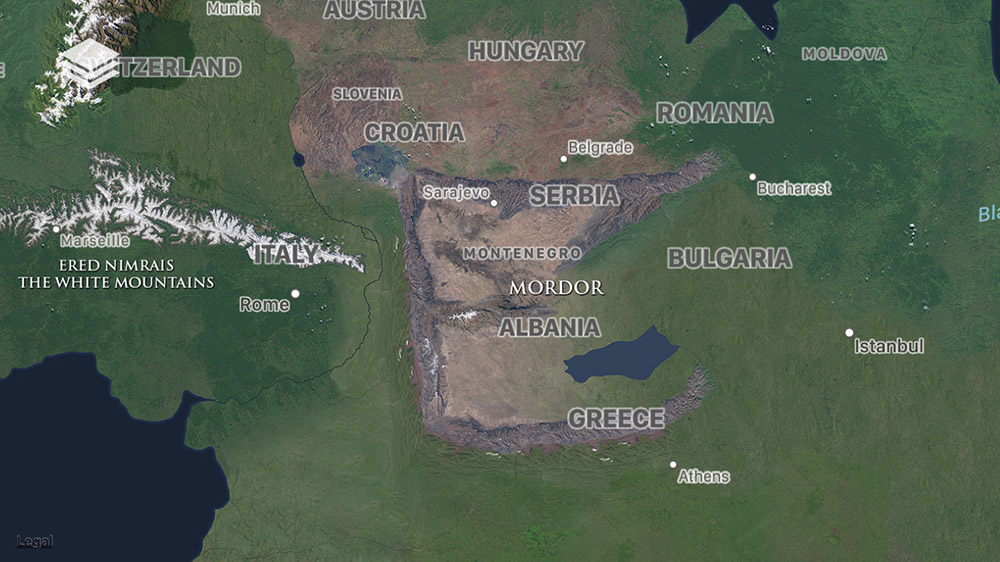 So you can see where other locations in Middle-earth would be if they were in the real world. Beleriand, which is west of Hobbiton is mostly out in the Atlantic because if you head a couple of hundred miles west of Oxford, you do end up in the Atlantic. Going in the other direction gives you lots more detail.

While I was designing and building the app I didn’t even think about the possibility of combining the two worlds like this, but once I saw it I thought it was cool and added a little interest, so I integrated it as a feature.