Let’s start with the fundamentals. For reasons that will become clear, nothing that follows is available commercially. I’m providing this purely as a historical record that you may find interesting if you’re into Harry Potter.

Sometime around 2012, I first started work on the concept that grew into the All Stars app, the main prototype I created was based on the Harry Potter movies. It was intended to be an app-based crossover between the collectible cards and stickers that are often launched to coincide with major movies, and the Wizard Cards that JK Rowling describes in the first Harry Potter book. Unlike print, an app allows you to show animation so the “cards” could move. 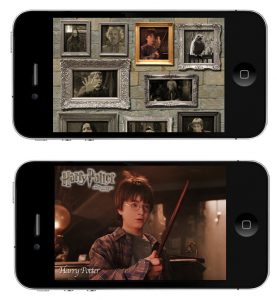 I envisioned that the complete app would be based on all 8 movies, with a total of 220 collectible “cards” with a dozen or so included with the app and the rest randomly through in-app purchase. Every card would have a range of features such as puzzles and parallax animation.

The following screenshots show how the app would adopt an album metaphor. Cards that are in your collection are visible or highlighted in some way. (Click to enlarge)

I was introduced to Warner Bros and presented the first prototype to the head of product licensing in the UK. While he liked the prototype, the fact that it was software-only meant that it was beyond his remit to offer a license (“Digital is a bun-fight” he told me). He suggested that I look into finding a larger established partner to work with and amongst others suggested Hasbro. 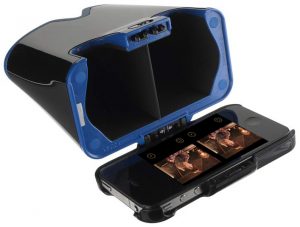 In researching Hasbro I discovered that they had a product on sale in the US called My3D which was a forerunner of the VR viewers that have become ubiquitous in recent years. I imported one and set about creating a My3D version of the Harry Potter prototype. As the name suggests, My3D allows you to view apps in 3D by inserting them into a holder that allows you to split the left and right images. By making subtle adjustments to each image you can create the illusion of depth.

Armed with my prototype I headed out to Rhode Island to pitch the idea to Hasbro, only to find when I got there that they’d just taken the decision to terminate the product development.

It wasn’t a completely useless trip however as they hired me to do a prototype of an app featuring parallax animation for their Transformers animated series. While I was in Los Angeles showing the prototype, I also dropped in on Warner Bros Interactive Entertainment, but the licensing situation was largely the same, with a little protectionism built-in as well.

The experience with My3D did show me how much fun it was to create and view 3D images, so I continued to work on the idea, even though custom 3D glasses would be required to view them. However, with a host of other things to attend to, including the launch of All Stars, I put the Harry Potter idea on hold. It seemed increasingly unlikely that I’d be able to create anything that would satisfy Warner Bros’ licensing requirements.

In late 2016 I revisited the project and looked into the possibility of taking the work that I had already done and taking it forward in two new ways, in print, and in a VR app.

The print idea was to take the various 3D images I’d created and build a book that could be sold by a publisher who in turn could handle the licensing requirements with WB.

The following pages are taken from the book prototype. If you happen to have magenta/green 3D glasses, you’ll be able to see the effect. 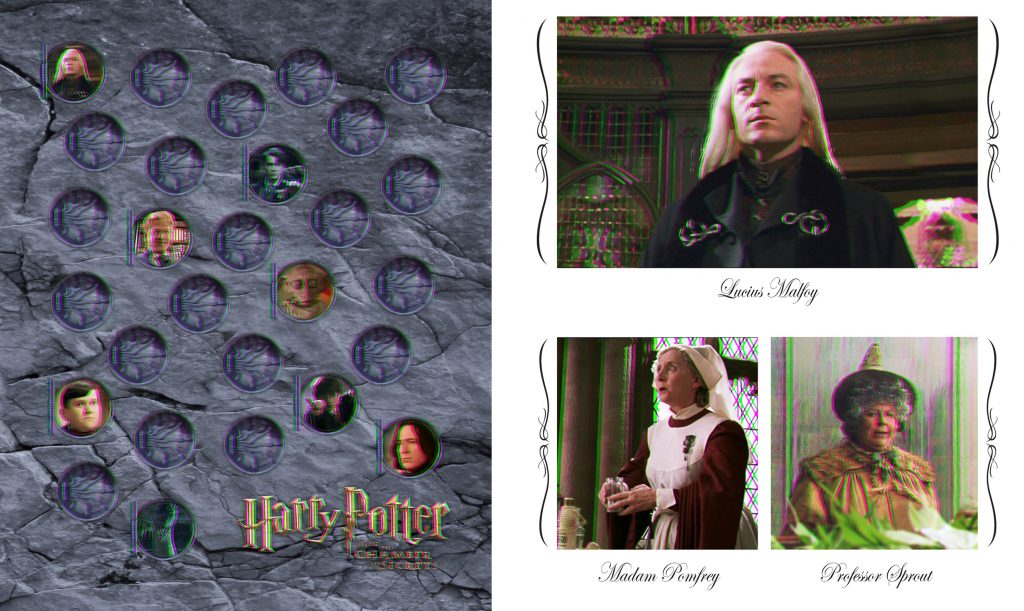 The technical problem was that the movie images are often quite dark and it is difficult to get the best 3D effect from a dark image in print. 3D Images on screen are much easier to create.

I prototyped the 3D book and contacted a number of publishers but got no takers.

Building on the experience I gained creating for the My3D device I found it relatively easy to take the body of work I’d created in 3D for a VR app running on Google Cardboard or one of the many VR viewers on the market. However, my desire to create NerdNav meant that I had to put the Harry Potter VR app on hold. When I finished NerdNav, The First Age became my priority, so the VR app languishes half-developed.