Sun Scale was the first of two apps that I built to consider the subject of Scale. In this case the app looked at the relative sizes and distances between the Sun and planets. The app was designed for the iPhone 4 and iPad and used HTML and Javascript. When the iPhone 5 was released I didn’t update it and eventually took it off the store.

The idea was to help people understand how big the solar system is and the relative sizes of the objects in it. The Sun was represented as the size of a basketball and placed in Washington near the White House. All of the other planets, Kuiper Belt and Oort Cloud were represented relationally to that basketball Sun. 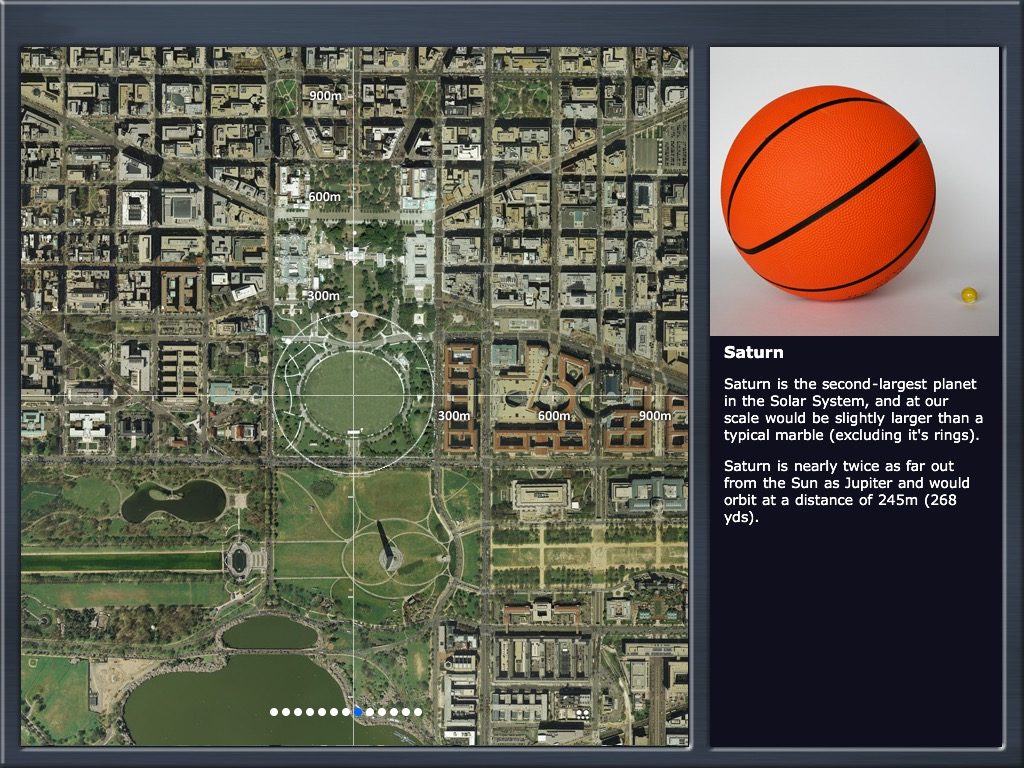